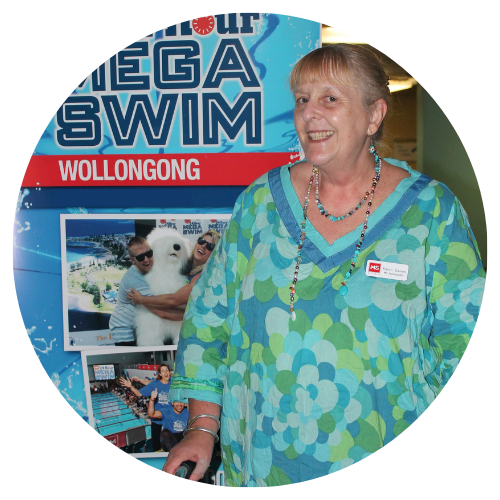 Karen, from the Illawarra region, medically retired in 2001 from full-time teaching after she was diagnosed with a brain tumour. Karen beat that tumour but two years later she thought she may have another brain tumour. After many futile trips to her local doctor, an MRI was taken. The radio-oncologist who looked at the scans gave her the news that she may have multiple sclerosis. Her neurologist later confirmed her diagnosis.

At the age of 48, Karen had to learn to live with the challenge of multiple sclerosis.

Karen decided that despite the challenge, the disease was not going to take over her life. Today, she teaches English as a Second Language to adults in a program run by the Anglican Churches of the Illawarra known as English for Life. She also teaches Scripture at Bulli High School.

Karen also wanted to give back to say thank you for the support and services she personally received from MS, since her multiple sclerosis diagnosis, so she became an MS Ambassador.

Karen is passionate about helping others living with multiple sclerosis through education.

Karen says, “The best part of the MS Mega Challenge is it brings anyone and everyone together. People who love to swim and would rather do it for sponsorship than just fun.?That is what makes the Wollongong event so special, and the Lions Club barbecue of course!”?

Karen, along with her trusty walking frame "Kev" (who is made from Kevlar), also volunteers each year at the MS Sydney to the Gong Bike Ride at Wollongong Railway Station, directing a sea of lycra on to the platform where special trains transport cyclists back to Sydney. Karen has had the role of “Train Marshal” for more than ten years!