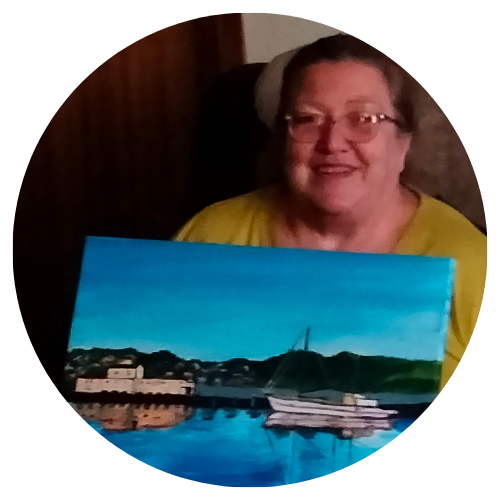 To this day Janet can remember the paragraph in her nursing textbook about MS. When Janet was 18 and studying to be a nurse, a visiting specialist told her that her symptoms looked like MS but couldn’t be as she was born above the Tropic of Capricorn. This comment followed her for years, and despite showing symptoms, Janet was told her symptoms came from the Barmah Forest and Epstein-Barr Viruses.

At 53 Janet had a significant relapse. She was working for several specialists, including a neurologist, in Queensland at the time and was told to have an MRI and come back in three months. Janet looked at the MRI and the comment from specialist when she was 18 came back: “That looks like MS, but it can’t be MS because I was born above the Tropic of Capricorn.”

The neurologist looked at the MRI and travelled 400km to see Janet as soon as possible. 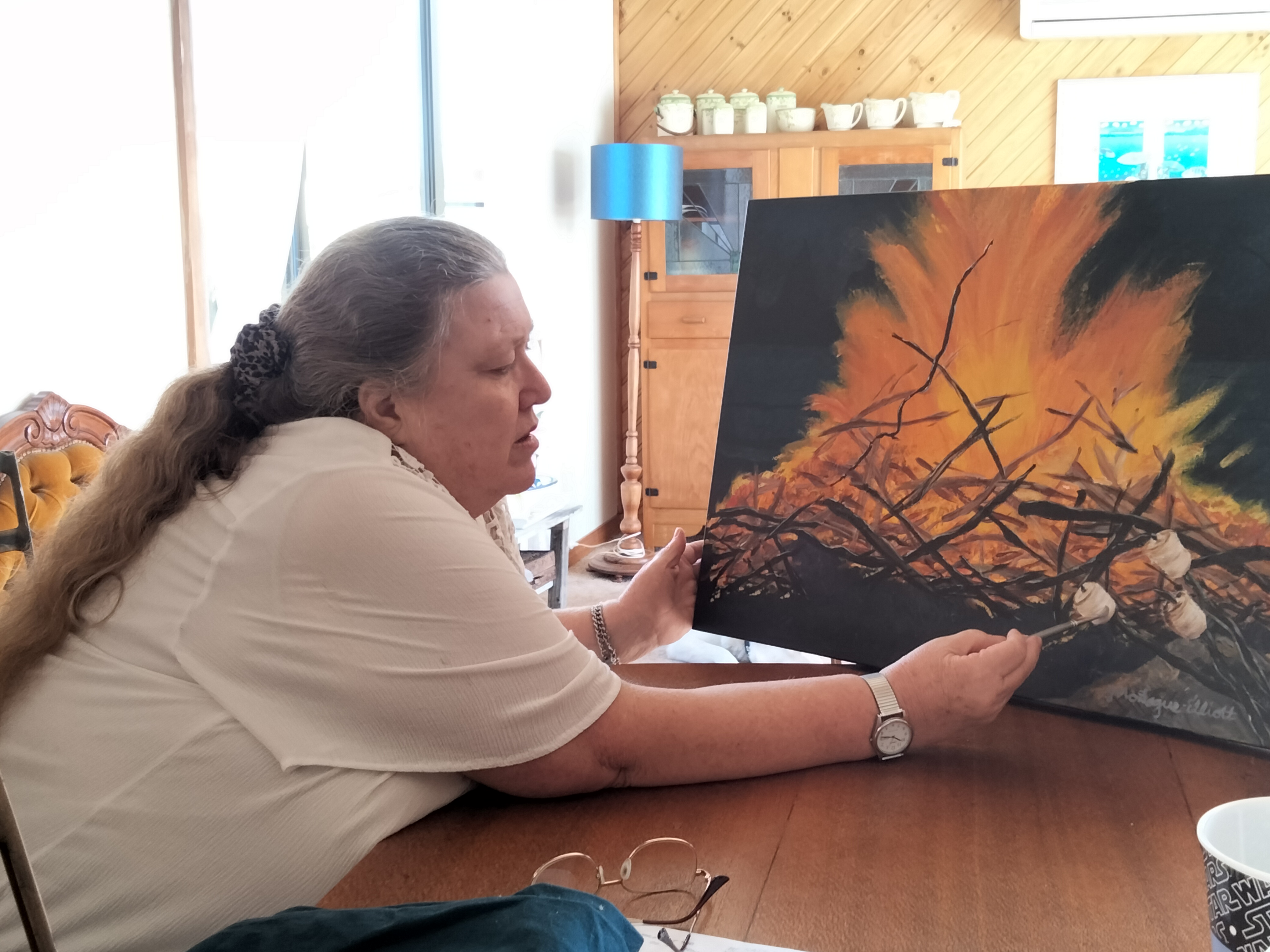 After having her diagnosis for a few years and seeing what other Go for Gold Scholarship recipients had done with their art, Janet applied with the hope she could use a scholarship to pursue her own creativity.

Since receiving her scholarship, Janet has had a fantastic time stocking up on art supplies and has even started with a tutor.

“I’m really well and truly stocked up, and I’m so thankful I was a recipient.”

Janet draws her inspiration from nature, from the beaches of Queensland that she used to walk on with her husband, Jim, and daughter, Amanda-Jane, to the vivid gardens and greenery of her Tasmanian home. Every week, Janet and Jim go sight-seeing, take photos and paint.

“Because I grew up in the tropics, now every flower I see is a new one. I’m like a kid in a candy store.”

Since moving to Tasmania to help with her MS symptoms, Janet has been enjoying the beauty of nature. In September Janet saw Tulips for the first time, before moving to Tasmania, Janet only saw peonies and daffodils when she travelled to Hobart annually to see her neurologist. Now, Janet is painting peonies and enjoying seeing “beautiful flowers I had only seen in books being sold in the supermarket.”

Janet only started painting last year, and has already exhibited her work, and is looking forward to showing her talents again in the future. Her first exhibition, hosted by Our Mates Place, celebrated the art of people with a disability.