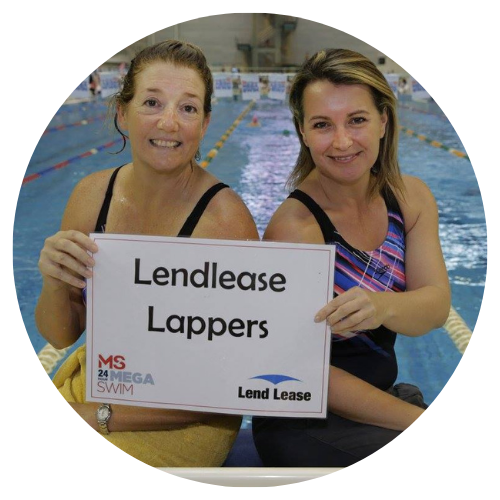 This sensational team has been the Top Fundraising Team  in every single MS Sydney Mega Swim (except one)!

The team raises an incredible $30,000 to $40,000 each year and one member of the team, Nikki Genders, would consistently raise a large proportion of the team’s total by herself. In the events she attended, Nikki (pictured below, left) raised an incredible $45,300 for people with multiple sclerosis.

In early 2020, Nikki sadly passed away from a rare type of breast cancer, leaving behind her husband and two young children. Unfortunately, due to the COVID-19 pandemic, the Lendlease Lappers were unable to attend Nikki's funeral to celebrate her life. 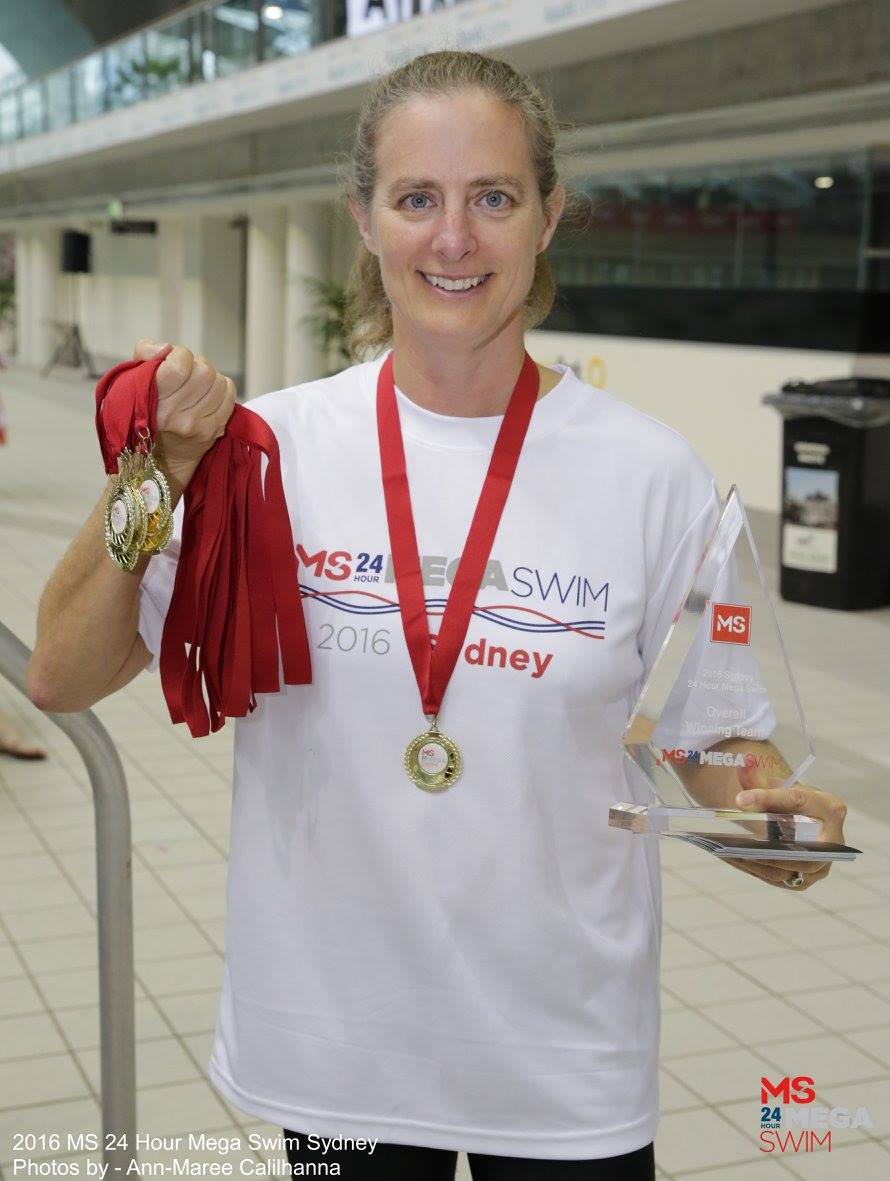 Ann, Team Captain of the Lendlease Lappers, describes Nikki as a good-hearted person that loved swimming for a great cause.

Ann says, "Nikki swam every year until she couldn’t. She loved the event. It had everything she was passionate about – swimming, company, professional pride, healthy competition and raising money to fund the wonderful MS Go for Gold Scholarships."

“Nikki was a confident and tenacious fundraiser, a force of nature and would straight out ask for donations!”

A communications specialist at Lendlease, Nikki put her talents to good use in fundraising for people with multiple sclerosis.

Ann says, "Nikki would make an appointment with the Lendlease Group CEO to personally request a donation for every event. Harnessing her communication skills, she approached everyone she knew via emails, to ask for support. Nikki was highly competitive and was very motivated for her team to win the Top Fundraising Team every year, which they did (bar one), and it was largely due her incredible efforts."

This year, the Lendlease Lappers approached MS Events and asked for an MS Go for Gold Scholarship to be named in Nikki's honour, to celebrate her contribution to those around her and to the MS Community. The team at MS are very pleased to be honouring this request, a small gesture of our appreciation for Nikki’s incredible dedication over the years.

Ann has been the Team Captain of the Lendlease Lappers from the very first MS Mega Swim in Sydney.

Ann didn't have a connection to MS at the time, but as a keen swimmer she had heard about the event from a friend in Melbourne. So, when the inaugural Sydney MS Mega Swim was announced, Ann immediately joined, set up a team and put a call out members.

Each year Ann builds a new team. Some of the team are core swimmers who return every year, but the rest of Ann's recruits are brand-new!

The Lendlease Lappers are inclusive and everyone is welcome to join, from those needing swimming lessons to those with National Titles!

Ann says, “If you can float and raise money, you can join!”

Nine years later, Ann continues to be deeply involved with the MS Mega Swim. She's attended many of the MS Gold Scholarship presentations, taking family or a team member along each year to share the moment.

As time has gone on, a family member of Ann's and a Lendlease Lappers Team Member have both been diagnosed with MS. Recently, an employee reached out to thank Ann for her continued involvement with the Sydney MS Mega Swim, as they too live with MS.