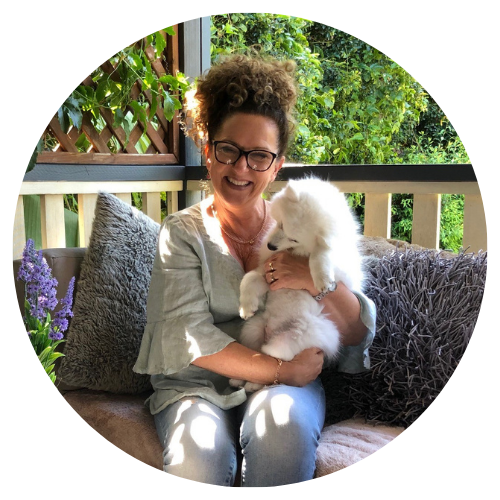 After living with MS for 30 years, applying for the Go for Gold Scholarship was cathartic for Louise Burnett.

Louise describes her home of Wollongong as “stunning, with the harbour changing colours all day and [her] deck looking towards the mountains.” With her Go for Gold Scholarship, Louise plans to master water colours so she can capture the world around her. Fifty years ago, Louise’s grandmother was a China painter, and her childhood weekends were spent painting cats and flowers on white tiles.

Louise remained connected to art as she grew up.

"Art has always been a side interest with birthdays, Christmas or any celebration recorded by handmade cards. When I look back when I produced something for someone that made them happy, I felt like I had accomplished something."

When painting, Louise stops and is completely absorbed into the creative space, letting her shut everything out.

“I have chosen watercolours as a medium as they are more forgiving when my fine motors skills are declining, and they are easy to transport when doing work outdoors.” Louise says, having used a variety of paints and techniques in the past. Deep down, Louise hopes to get good enough to exhibit her work.

Currently, Louise paints with a group outdoors, where each person will paint the same thing, but each person will have a unique work of art at the end of the day. Not only does Louise learn while painting in the group, but she has also made connections and now has two different people teaching her.

Along with painting, MS has been a constant in Louise’s life.

Louise’s symptoms started at 21, when she was in the shower when she was washing her hair. At that time, we knew significantly less about MS, and a series of appointments with GPs and a neurologist was only the start of a difficult journey. From there, Louise had several lumber punches, many infusions – one of which was administered incorrectly and ended with Louise needing a crash cart and waking up 10 minutes later.

Despite this, Louise became an MS Ambassador, sharing her story. This is where she met the late Dr Gary Fulcher, who bluntly told her “You have PTSD, and you need therapy.”  Louise worked with Dr Fulcher and saw a psycho-neurologist.

It took 10 years before there were treatments available, and after a decade Louise signed up for the first trial for oral medication. Louise also used injectable medication. Each Friday night Louise would inject herself, not knowing how she would react and that if she were too tired or unable to get out of bed, her husband would be home.

“I had a glass of wine and gave myself the injection, it was my reward.”

This was also the time when Louise was officially diagnosed with MS. She had not had an MRI, as it was not widespread practice to have one when MS was suspected. At the time Louise was breastfeeding her son and she had a relapse, prompting her to have the MRI.