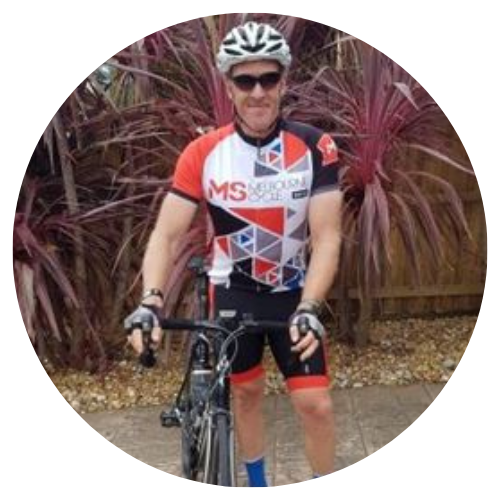 Steven was diagnosed with MS in 1996, after he began experiencing fatigue, numbness, loss of fine motor skills, and difficultly walking.

Within a year, Steven’s health had deteriorated so badly he was forced to give up work. 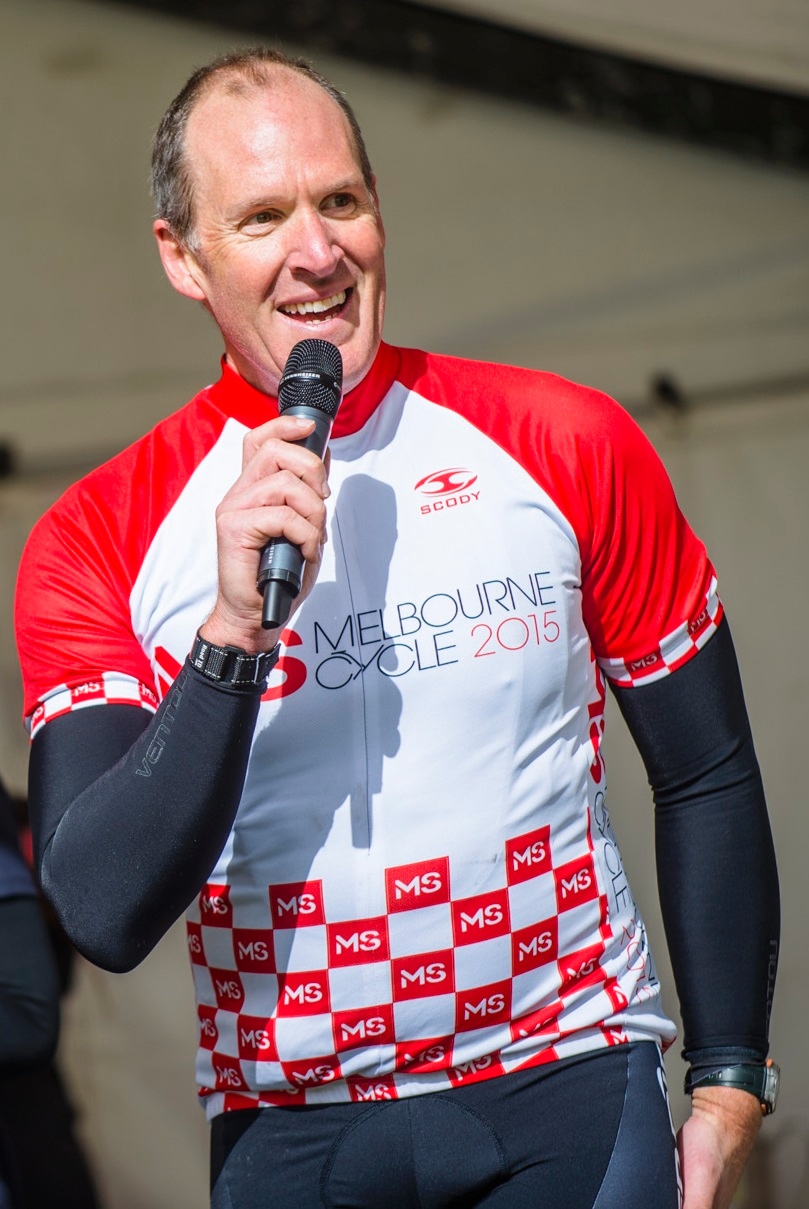 But he didn’t give up on life.

Steven’s dream was to participate in road cycling with his son. In 2009, he surprised himself by completing our MS Melbourne Summer Cycle event.

The following year, Steven decided to apply for one of our Go for Gold Scholarships, which are funded by money raised by you in the MS Mega Swim, Badminton and Squash & Racquetball events.

Thanks to kind people like you, Steven won a scholarship – and it changed his life.

“The quality of my life has improved out of sight.”

Steven used his scholarship to buy a new bike and cycling equipment. Now he rides 250kms a week, which has had a huge impact on his MS. As he told us:

“My legs are strong, which has meant that I can stand and walk well, although a bit slow.”

And when we asked him if he had a message for you, he said simply:

“The gift you give by participating and fundraising in the MS Mega Swim, Badminton and Squash & Racquetball events will change someone’s life.”